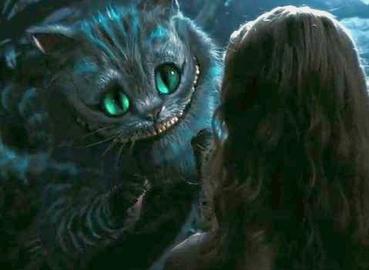 I’m Alice; I’ve fallen down the rabbit hole. I’ve climbed through the looking glass…and I can’t seem to get back.

Is it possible to feel both encouraged, hopeful AND stuck? How about experiencing feelings of joy AND of loneliness & fear simultaneously? Well, it must be possible, because this is the strange Wonderland I am stumbling around in lately. A world where nothing is quite as it seems.

With Evys many developments lately, Scott & I as parents find ourselves experiencing both the good and the bad. A year or so ago, our little bug was so easygoing. Not what you expect from a 2 year old; quite often the terrible 2s are……well…you know, TERRIBLE. But it was never this way with Evrett. He was our happy-go-lucky little man. “Mr. Party”, as we would call him at 11 PM as he pranced around happily with a smile that told you “I’m never going to bed“, ha!!!  He absolutely never threw a tantrum…in fact, what an understatement that is, he would NEVER even frown. No meltdowns. Barely any tears. Everything was always OK. As Jim Carrey would say in “Bruce, Almighty”: it was always “goooood”. As lovely as that may sound (especially to those parents who are dealing with spirited or strong-willed 2 & 3 year olds as I write this!), I knew in my heart that this was an indication that something was just not quite right for our darling bug. We found ourselves wondering what, if anything, he truly understood, or retained. It was just so hard to tell!

These days our Bug knows what he wants; and consequently knows what he doesn’t want. And man, does he know how to tell you so! Not in words, but in his actions. For instance, he LOVES WATER! I truly believe he would become a merman if he could. Or maybe a cute little whale of sorts. He also loves to engage in physical play, such as running full-speed down our hallway in the basement, and in to our outstretched arms. Other major likes these days include playing on iPad with his big brother, stealing my phone to sneak more selfies (inevitably taking up a ton of storage with pics of his leg, or the floor…as he doesn’t seem to have the knack of turning the camera around yet on his own, ha!!), or jumping on his toddler trampoline. His laugh is so contagious, his eyes just light up the room, and his squeals of joy are so loud that he could burst your eardrums!!

But…he can also shatter your world with his big beautiful blue eyes.

He absolutely, without a shadow of a doubt, understands the word “no”. And sometimes when we end his fun time, be it in the water or the game of running down the hall, it’s as if his world is crashing down. Does he have a tantrum? Not really. I could handle a tantrum (Cody threw TONS of them when he was that age, and I can see Miss Lydia throwing some in the very near future!). Is he angry? Not at all. I kind of WISH it was a bit of that! It is pure sadness. His eyes well up with tears. Those big blue pools overflow, his adorable bottom lip sticks out, and he genuinely cries. Not crocodile tears. Not tears merely of frustration. It’s as if he is crying because you have just broken his heart. He wraps his arms around you, and sobs. He looks in to your eyes, as if to ask “Why? Why are you doing this?” with unspoken words, and your heart can’t help but break right along with him.

I wish that I could

I wish that I didn’t feel so damn alone sometimes. In this odd Wonderland World where possible (and very RARE) diagnoses are just floating around us like cruel bubbles, making us dizzy as we try to catch them, I feel so very isolated. I think back to months ago, when we wondered if it was something with a more commonly heard name (maybe autism, or something similar…not that I am saying those options were better or worse, but simply that more was KNOWN about them), and I want to say to those earlier selves: “Be glad that a lot is KNOWN about those possibilities! Take comfort that there are many other parents whom you can talk to, who can lend you their wisdom & advice. And take advantage of the fact that there are very specific books about such-and-such disorder to help you on your way….”

Instead, I am Alice. And I’m stranded, in Wonderland.

And the Cheshire Cat, with his misleading, untrustworthy grin, chants: “will he ever be able to verbally communicate the way you hope?”….”will he be able to use the potty one day?”….”are you sure YOU’RE qualified to guide him along the way?”….”I’m not sure that you are!”…

3 thoughts on “Lacey, in Wonderland”